The Battle of Wheathampstead

‘by portraying happenstance marks or subtle features that allude to a violent past or evoke collective memory within the sublime and pastoral character of landscape.
The natural world is both one of beauty and of violence or cruelty, both always there and existing in each other’s shadows’ (Bart Michiels, Brussels). This quote taken from the website of Bart Michiels is an eloquent description of his photographs made for The Course of History project. This quote could also describe some of the images made for my Conflict, Memory and Landscape project. My photograph below shows what remains of an ancient Celtic fortification that was involved in a desisive battle with the Romans more than two thousand years ago. When I arrived at this historical site I contemplated the interaction between these ancient marks and the beautiful surroundings that over the course of two thousand years had changed significantly. It seems quite incredible that any evidence of the bloody battle that occurred here still exist at all!

Although the light was good a thunder storm was brewing. It was quite dark in the late afternoon so I needed the sun shining through the branches of the trees to highlight and emphasis the shape of the trees and the background. I feel that their is an impeding moodiness in the image because of the changing light although this is quite subtle. The trees work as an effective metaphor for the fallen men that fought and died here. One of my favourite things about ‘late photography’ is how the images can be read in various ways by the audience. The artist can introduce motifs and tropes to the images but ultimately the viewer will decipher the picture front of them in their own way. The title plays a huge part in the interpretation of this type of photography. It gives the image meaning and allows the viewer to visualise the bloody battles that happened there. The title that I included is factual and based on my research. The interaction between text and image are vital to communicate in the best way possible my interpretation of this place effected by violence. I hope that by emphasising the beauty found in this location I will grab the attention of the audience. Once I have their attention a deeper interaction with the subject will then take place.

An unknown number of tribesmen were killed during the Battle of Wheathampstead in 54 BC. It’s thought British losses would have been significant as it led to the surrender of the Celtic tribes in Britain to Julius Caesar (Gallic Wars). 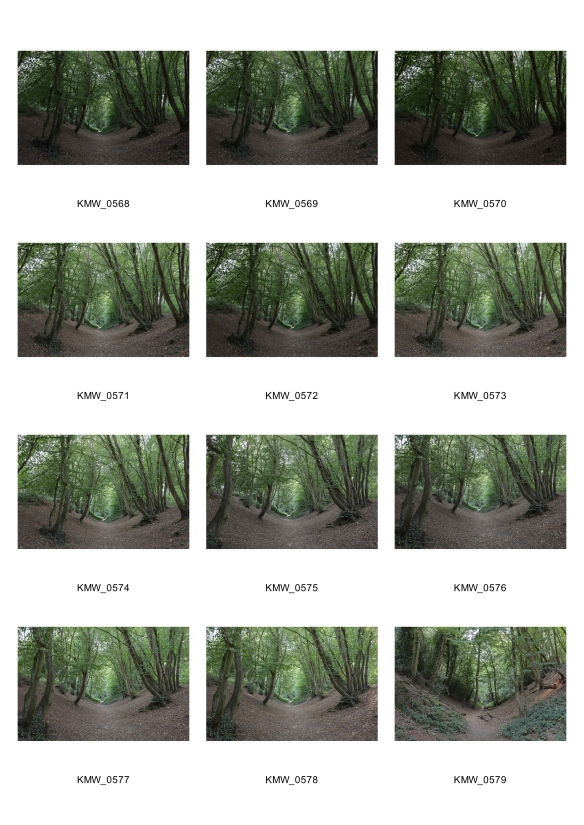