I knew that trying to make photographs at Corpus Christi College in Cambridge would be challenging but it is often more rewarding if there are hurdles to jump! The college itself was closed to the public that day so I could either take a picture of the exterior or try to shoot through the entrance way. In the end I did both. The college building itself looks quite different to the original buildings that were attacked in 1381. Because of this my photographs document visually how the place has been transformed since then. The element of change and transition are key elements in my body of work.

My favourite two photographs below are quite different. The first image has an almost street photography feel about. Because of the long exposure some of the figures in the scene are blurred, it does not matter, in fact I like it. For me it echoes the classic imagery of Atget’s Paris street views. The people are of secondary importance to the buildings. It is almost a reminder of the ephemeral nature of human life and the longevity of structures created by man. After framing the scene in the viewfinder of my camera I had to wait until the people walking through the scene were in the ‘correct’ positions for the image to be balanced. I took many pictures until I felt that I had captured one that I was happy with. I recall from my previous research how Henri Cartier Bresson would frame a scene and wait for people to enter it. This approach requires a lot of patience and a little bit of luck!

The second photograph made while looking through the entrance way captures a frontal view of the college. The strength in this image lies in its symmetry and the early evening light falling on the front wall and windows creating contrast and accentuating the details. I always liked how Walker Evans’ photographed buildings head on. His pictures were nearly always technically perfect and created a strong symmetrical balance that emphasised shapes. I also admire the precision and perfection in the photographs of German photographer Thomas Struth. His photographs of buildings using large format cameras are awe inspiring and I always strive to reach his level of craftsmanship. 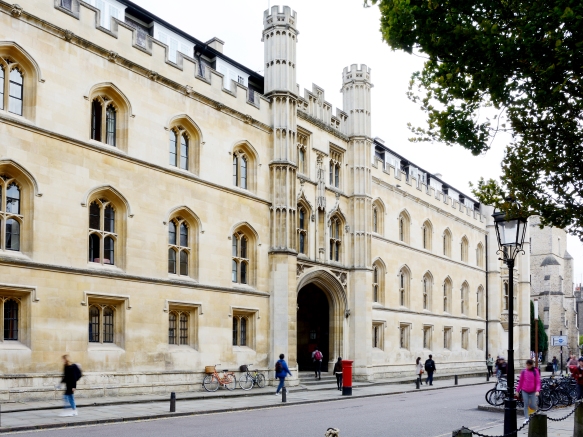 On 15th June 1381, Corpus Christi College in Cambridge was attacked. The college itself was burned and many royal officials were killed (The Peasants Revolt, 1381). On 15th June 1381, Corpus Christi College in Cambridge was attacked. The college itself was burned and many royal officials were killed. (The Peasants Revolt, 1381) 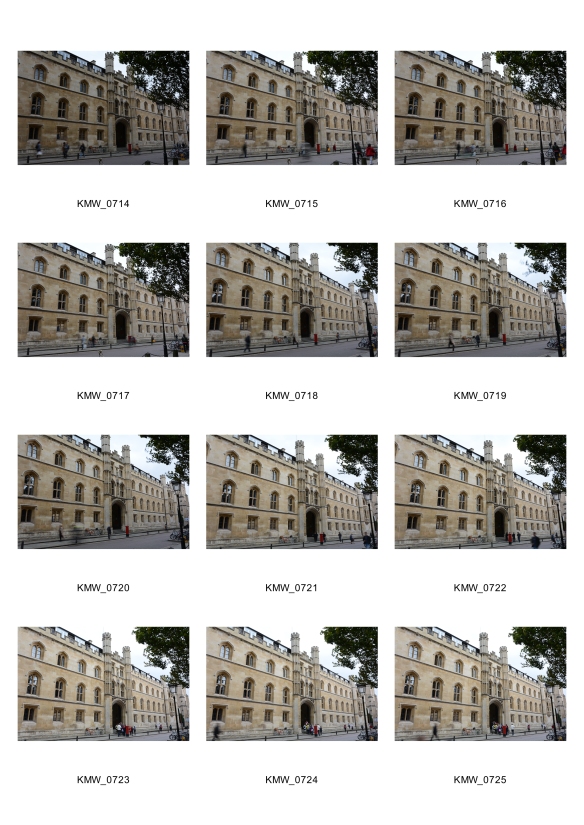 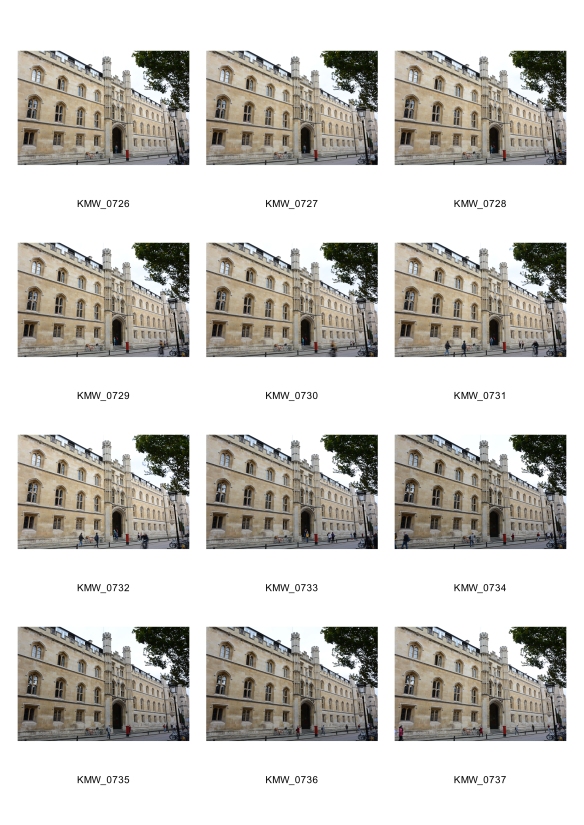 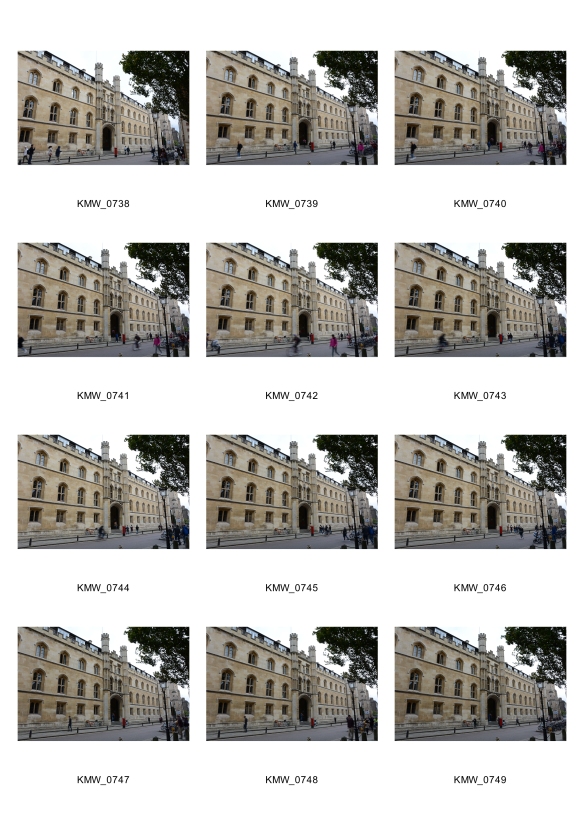 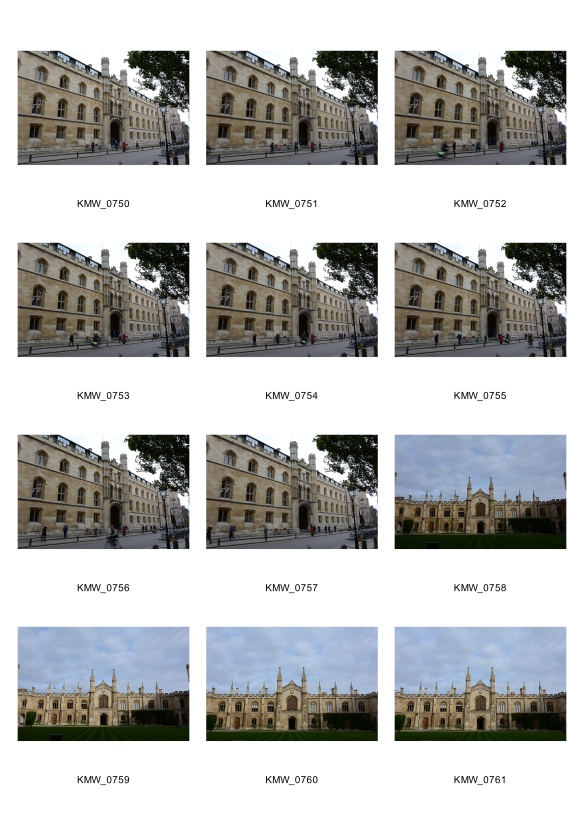 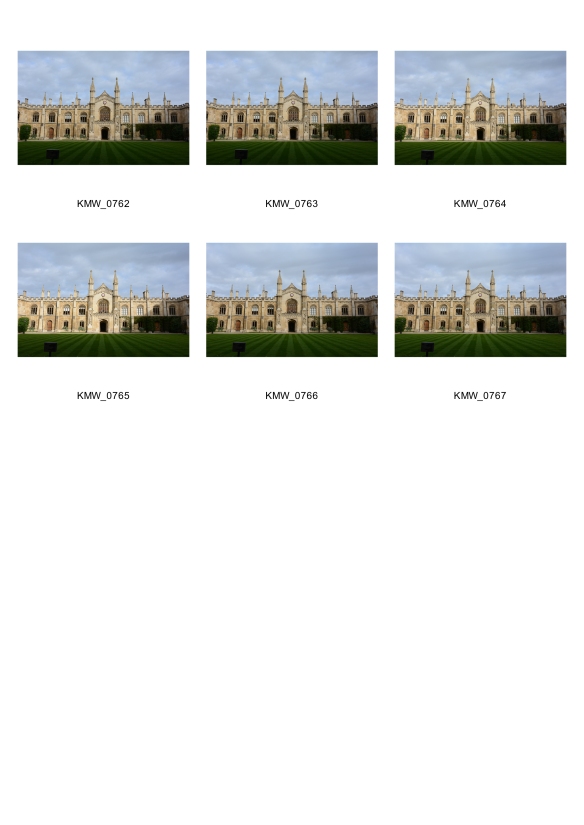